İKTİSAT GROUP – The construction of Istanbul’s third airport will be complete on time, Turkey’s Minister of Transportion, Maritime Affairs and Communications Ahmet Arslan said on Tuesday.

“[Financial] bottleneck is out of question in the project. The project will be completed on time,” Arslan told Anadolu Agency.

Arslan’s remarks came after media reports claimed that “financial difficulty appears at the biggest airport project in the world”.

He added around 85 percent of the airport construction has been completed.

Arslan said the contractor continues its investment in accordance with the approved work program.

The official opening of the first phase of the new airport is planned to take place on Oct. 29, the day Turkey marks its Republic Day.

When it is completed, the new airport will assume most of the passenger traffic from Ataturk International Airport, hosting 250 airlines flying to more than 350 destinations, making it one of the world’s largest transport hubs.

When the first phase is completed in 2018, it will have the world’s largest terminal under one roof, with a gross floor area of nearly 11 million square feet and the ability to serve 90 million passengers a year.

With the completion of all phases, the airport is expected to be the busiest one in the world, with flights to over 350 destinations and, eventually, an annual capacity of 200 million passengers. 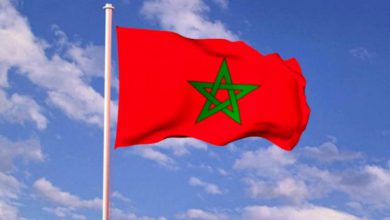 Morocco loses the chance to organize the 2026 World Cup

Zidane is optimistic that France will win the World Cup