They had gathered at the 43rd annual meeting of the Islamic Development Bank (IDB) in Tunis, the Tunisian capital.

During a session, Hayat Sindi, the chief scientific advisor to president of the bank, said: “We need to give our youth the courage to not fear failure, but instead to do, to learn, and to keep doing.”

She said confidence in trying is at the root of all innovation.

She added that science should be used to solve social problems.

Saida Ounissi, the Tunisian secretary of state for vocational training and entrepreneurship, said education is crucial for youngsters before they embark on an entrepreneurial journey.

“Entrepreneurial ecosystems should not sell a dream to young people, but it should include a good financial and mentoring program,” she said.

Sarah Jane Maxted, executive director of the Massachusetts Institute of Technology Regional Entrepreneurship Acceleration Program, said: “We need to support the youth to drive the change and be the voice for entrepreneurship.”

“IDB is also focusing on effective communication and youth engagement and it has supported youth and financial institutions to promote entrepreneurship and create an enabling environment for innovation,” Alsagoff added.

On the sidelines of the meeting, several events have been organized from April 1-3, which deal with a wide range of issues, such as women empowerment, youth, preventing blindness, sustainable development, fintech, efficient water usage, global partnerships and Islamic bonds.

The governing board of the bank will meet on April 4-5. 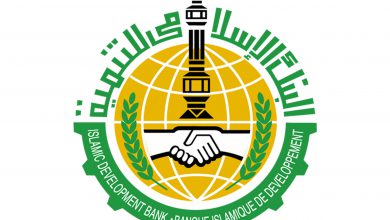